In the early 80’s, I was dating a man who would later become my first husband. One weekend, we were at a lake with his brothers and I confronted an issue between us. We had a huge argument with yelling and he broke up with me. I was so angry and then I dove into the feelings of devastation, rejection and feeling alone. 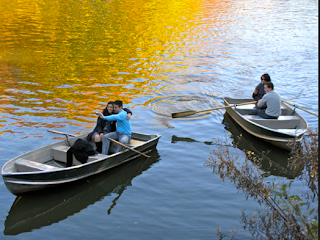 That evening and the next day, I played the argument over and over in my head. The internal dialogue I added to the argument about how worthless, undeserving, and “wrong” I was began to make me physically sick. The “wrongness” was I had confronted a situation. I had NOT kept the peace and gone along with things and now look at what happened.

My boyfriend broke up with me. He withdrew his love. It only proved to me that I was unworthy of love and in the future I would have to learn to keep my mouth shut.

Most of that day at work I was doing paperwork and isolating myself in a back room where I was inwardly battering and flagellating myself. I lost my appetite and felt sick to my stomach. When I got off the train and walked to my car to drive home, I was limp as a noodle, shaky and wanting to die. To my surprise, my boyfriend was standing at the car waiting for me. He was there ready to forgive me. Yes, that’s right. I spoke up about something that was true: the alcoholism in the family and he was ready to forgive ME!

The saddest part of all of this is that what I said was true. They are all sober or deceased now. But, I took it on as something I had done wrong. Speaking the truth.

That argument set up a dysfunctional pattern that has taken me years to break and still the wounds appear sometimes. The “I am not good enough” and the “I have done something wrong.” Even after deep personal work, they still appear. And when they do I am always surprised and shocked that there is still a core place within me that feels those feelings.

I noticed this old pattern emerge in June, after living in a community house for a few weeks. The “I have done something wrong and someone is going to yell at me and I should keep my mouth shut.”

One of my housemates, Aubrey, came up to me with a serious face and said that they wanted me to be more involved and something about asking me to step into greater leadership. My first internal reaction was that I had done something wrong. I was taking up too much space in the house. They must want me to set a better example by being less messy. Although this was the first time I had spread out to work I found myself wanting to cover up my mess. And there was a moment I thought she was going to ask me to leave. That I couldn’t live in the house.

I took a breath, braced myself for her words and asked her what she needed. I found myself holding my breath and noticed the tenseness in my body.

It took me a moment to really let the words sink in. What? I didn’t do something wrong. She is asking me to share one of my unique gifts. To be MORE visible? To represent our group in a bigger way? Huh? She wasn’t telling me that I was too much and that I had to silence my voice. She was asking me to have a Bigger Voice and to take up more space.

I mumbled a, “Sure. I would be glad to do that,” and sat there in trembling shock.

I went for a walk after that. To breathe and feel the old pattern that emerged. To bring in love and compassion for myself. To reflect on the old and ask myself inwardly. “What do you need to feel safe? How can I love you more? What else do you need?”

I walked until I felt a release and an opening of my heart to prepare for the meditation I would lead. 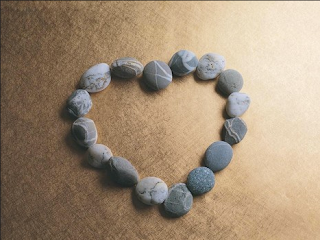 As a reflection today, I would like to know: What do you do when the old patterns emerge in your life? The ones that you have healed over and over again.