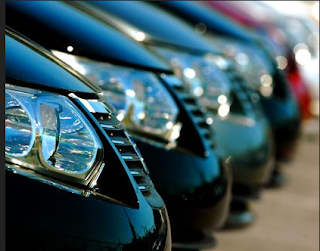 A meeting scheduled in San Diego, followed by a quick overnight trip to Phoenix led me to rent a car from a local rental spot down the street. I walked into the small building and began a 30 minute process of renting the car intermixed with the most audacious flirting I had experienced in a long time.

It started with a yum sound, like ummm, ummm, “Your husband is the luckiest man alive to come home to your luciousness every night.” I let out a giggle of discomfort intermixed with titillation bubbling up from my belly to my mouth. It had been a long time since I had someone see me in this way or even to say it out loud.

I told him there was no husband. My husband died.

Not to be stopped, he continued with another yum sound and the “luckiest man alive to come home to your luciousness every night” was my boyfriend. Another giggle and a blush from me.

It was so unexpected that I was half in shock and half in curiosity and in awe of his bold move.

When I returned the car, two days later he was there to check the mileage and to flirt with me once again. I had rolled out of bed that morning, threw on jeans and a baggy T-shirt and no make-up to return the car before I was charged for another day. I did not have a single thought about dressing up for this man.

When he sat in the front seat of the car to look at the mileage I was standing next to the car. Pausing for a moment he started looking at my feet, then slowly moved his eyes up my legs. In the past, I would have shifted and covered up my body in some way. Memories of sexual harassment and abuse, male domination, and the disrespect of women would have raised a flag of “run away to be safe.”

Something compelled me to stay in the moment in a new way. Instead of covering up, I took the pose of a model, leaned back and fully received his gaze, seeing it as appreciation,  as his eyes moved up my legs pausing to look at my feminine body, including a longer pause at my vagina and breasts.

When he reached my eyes, I challenged him with a question. “Do you have a desire?” My eyes locked in tight with his. He replied, “I want to rub your feet.”

I laughed out loud and then told him I wasn’t really into that but thank you for the offer. In receiving the gaze and challenging him, I felt my power soar. I had not backed down from his gaze. I didn’t come back with anger or fear. I received a connection that focused on my sexuality.

Now, keep this in mind. It was in daylight on a busy street with cars and walkers and other employees. This was a one-time brief encounter and can not be compared to daily encounters with sexual harassment in an office setting or by a neighbor as an ongoing assault.

It really brought up the idea that in the past, I have been a victim of this kind of sexual advance and I had a new awareness of what would happen inside of me. I would shrink my energy,  cover up and play small instead of owning my body, feeling my sexuality, and taking charge of the situation.

I am on an exploration right now of how my sexuality has been shut down and all of the ways that the disconnection from sexuality has also shut down the Voices of women. On that day at the car rental place, I walked away feeling confident, head held high and owning the power of my sexuality and my Voice. 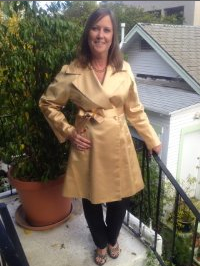