Why I said Yes to Becoming a Spiritual Peacemaker 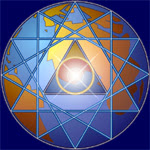 Day 15 of 100 Days of Blogging
I never had an aspiration to be a minister. And even though I was ordained in 2006, it still sounds strange to say the word minister or reverend associated with my name.
I have always had a deep sense of spirituality and have attended a variety of churches, synagogues and temples and explored different religions, the image of what I thought an ordained minister would be didn’t seem to fit with me. It was as far from my thoughts as becoming a baseball player or a ballerina. I had an appreciation of the profession, but it wasn’t a path I felt  “called” to explore.
In 2005, my husband died and I became a grieving widow who was healing and picking up the pieces. Six months later, I found myself saying, “YES!” to studying a spiritual peacemaking ministry program.
It was the dead of winter in Baltimore, Maryland. I was regularly waking up at 3 am with a strong desire to study something. For two months, I woke up at this early hour, lit a variety of candles of a different sizes and shapes on the mantle over the fireplace. I sat in meditation and began to study for 2-3 hours. I read a variety of books, underlined words, sentences and paragraphs with a highlighter marker and took notes in a journal. I read books about fairies in the garden, animal spirits, shamanism, Huna rituals from Hawaii, the Course in Miracles, conscious evolution and a variety of hands on healing modalities. Some of the books had been a part of my life for twenty years and others were an exploration of something new.
I felt like I was back in college. My soul was craving something. The feeling was so intense I felt like I was starving and would die if I didn’t wake up and study. The internal pull towards this became my Yes! One day at a time, I rolled out of bed, heated water for tea, started a fire, lit the candles, read and studied. Every morning I felt my thirst was quenched until the next morning when I was pulled into this again.
One morning I woke up at 2am, with an urgency to study a deeper spiritual program. I felt like I was shot out of a canon with the feeling of “Do it now!” I felt guided to get on the internet and search for a program to study; Jean Houston, Sonia Choquette, Barbara Marx Hubbard and a variety of mystery schools. I finally found James Twyman’s Beloved Community Ministry Program. I had participated in peace programs with James for ten years. The energy and aliveness was surging through me. The Beloved Community program was shifting from a two-year program with a master’s degree to a three month intensive program of immersion.
I was ready. The discipline was instilled in me from two months of preparation. I continued waking up early, and studied; listening to audio recordings, writing reflections, reading books, and participating in weekly phone calls and email exchanges with my mentor.
After 11 weeks, I completed the program and registered for the retreat where I would be ordained as a Minister of Spiritual Peacemaking. I had not consciously chosen the path of ministry. I was a widow with a broken heart. My heart was cracked wide open and ready to receive an inner guidance.
In my grieving, the path had chosen me.
What path are you being called to explore in your life right now? Post in the comments and share your personal journey.
Posted in Uncategorized