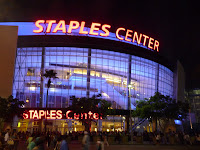 The Jonas Brothers are a back drop for my life. By creating music and concerts they have opened a place for me to experience life. I may go to hundreds of Jonas Brothers concerts in my life and I may never get closer to them than third row in the middle section of the stage. In that seat, I locked eyes with each of them and I sent them joy, love and gratitude. I am complete.

This was never about meeting them. It was about the music and the community and the heart centeredness. It has been a journey of healing, connecting and expanding.

What is most important to me today is the experience I am having with you. Something really amazing happened yesterday. It was a powerful example of what I am talking about here.

It all started with losing my phone on August 8 during the Verizon wireless in-store event for Honor Society and The Wonder Girls. I had so many bags and stuff, it probably flipped out of the bag. Verizon may have even thought it was one of the donations of old cell phones they were collecting on that day.

Second part of the story:

On August 8 in the evening-11pm , there was A Full Moon Crazy concert with Honor Society at Club Nokia. Honor Society put on an amazing show. The Jonas Brothers stopped by to sing, “Close the Book,” with HS and Jordin Sparks popped in, too. It was like hanging out with them in an intimate, high energy environment. If you have a chance to see Honor Society on the tour, you can find the information on www.myspace.com/honorsociety.

Before the show started, I asked two young women about the logistics of the stage. They didn’t know, but we started a conversation about where we were from and concerts we had attended and more. At one point, there was a connection when we talked about the concerts in Chicago and I told them my daughter and I were going to 45 concerts. They stopped in mid-sentence, got excited, knew the story and called their mom, April over and the other sister. Three sisters who were going to a few concerts this summer with their Mom.

(They sang at a soundcheck and when I find the link I will post in. More details will be added in Sept.)

We had such a great conversation about our daughters and the connecting we can do with them by going to the concerts and sharing this experience. I found another soul sister, in the mom, April, who understood.

They had two tickets to sell for the next day. I don’t mean to sound like a broken record, but we have reached a point where we are looking for cheap tickets every day. We are not trying to take advantage of anyone. It is just part of our journey right now. April gave me her phone number and we said we would call about the tickets the next morning after looking at our budget.

Third part of the story:

The next morning, Hannah and I looked at the money we had, calculated the gas, food, and tickets for the next two concerts and realized we had $100 total to spend on tickets for the LA show. I called April on Hannah’s phone, let her know our budget and thanked her for the ticket offer, but we didn’t have enough money. April decided that she didn’t have time to sell them to anyone else and would sell them to us for the $100. We agreed to meet at the venue that evening. She had Hannah’s cell phone. Mine was still lost.

Fourth part of the story:

A friend of Hannah’s, Jade, sent her a tweet. She had an extra ticket to the Teen Choice Awards. Jonas Brothers were hosting. Honor Society was presenting an award. And Jordin Sparks and everyone else was there in the audience. It was a crazy night with the Teen Choice Awards and a concert going on, too.

I dropped Hannah off at Universal for the Teen Choice Awards. It is 20 minutes from the Staples Center. She was texting Jade and Rosie and was waiting for them outside of the Awards Show.

In the meantime, I backtracked to see if I could find my phone. Church parking lot, asked the attendant. Coffee shop. Verizon Wireless store. No, no, no. Verizon staff convinced me to turn off my phone so no one can use. it. They turned off the wrong phone. Hannah was at the teen choice awards and her phone service was cut off before connecting with friends. (It took a week for us to find out that Hannah’s phone was cut of instead of mine, not in addition to mine!)

Finally, the point of the story and the lasered details for the ending:

I didn’t have a phone. Hannah’s phone was cut off. But, she had April’s cell phone number because of the ticket conversation. Hannah borrowed someone’s phone. Called April in tears. April reached out to her with nurturing and a solution (offered to pay for a cab and meet her.) Hannah met up with friends 10 minutes later, called April back. All is well.

I heard the a part of the story from April but did not know the whole story until Hannah arrived at the Staples Center a few hours later. April gave us the tickets. I gave her a copy of my book. She gave me a CD of music (more on this in the fall when I highlight some musicians and bands we met this summer.)

I have been a mother for 25 years. When one of my children are hurt or in danger, I get a strong feeling of fear. I did not feel that with Hannah on that day. I felt that April had been placed in our lives as a protector, a safety net, a person who could support Hannah in the moment.

While I waited for Hannah to arrive at the Staples Center my heart was not fully into the music or the dancing or even in the meet and greet I went to for Jordin Sparks. They were all things that occupied my time. I kept breathing and dancing and trusting that she would be okay. And she arrived in time for Jonas. We connected and I hugged the stuffing out of her!!!

Sometimes as a single parent, I have felt that I am all alone. I have felt that there is no one else who can love Hannah enough to support her, nurture her or guide her. In this moment with April, a Mom from Chicago, I am glad that I was wrong. We are all supported Divinely with the perfect person in the perfect timing for everything.

It was also a lesson for me that I am not alone and I can depend on other people to help mentor and nurture my daughter.