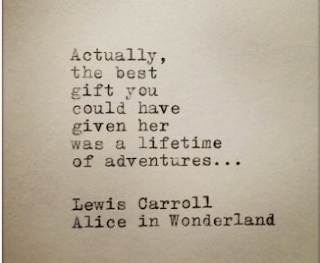 When I was growing up, I had the wish that I would have an older brother and sister. My older brother would get me dates and my sister would advise me. When I first had this desire, I was 13 years old, the oldest child with a sister two years younger than me and a brother who was seven years younger.

In that wish, there was an underlying desire to have older siblings who would help me to navigate life. I was so confused about how to fit in and where I belonged and how to dress and how to make new friends in my new school at a time when I felt so awkward.

Today I had an unexpected moment of having an experience of having an older brother. Somehow in this experience, it felt like everything was right with the world.

I asked one of my housemates, Erik, to get my bike down from the ceiling chains in the garage. He decided to ride his bike to the beach, too. The whole time we were riding I felt like I was his little sister. We didn’t plan it. It just happened that the organic interaction between us brought up these feelings.He carried the bikes out to the driveway and then lifted my bike into the air and over the car that was parked in the driveway and onto the sidewalk. He told me to go first as we headed down the street. As we approached Venice Boulevard, a busy street he told me when to cross the street and showed me where to stay on the bike path between cars . He followed me for one block then told me he was going to ride fast to the stop light. When he got there, he waited for me. During the 2 mile ride to the beach, he wove back and forth speeding up and slowing down and turning his head back to check on me.

At the beach there was no direct entrance onto the bike path. Erik rode up a grassy path, over a hill, through a mud ravine to the bike path and I followed him, the way a little sister who wants to keep up and be included would do. With a full water bottle, a heavy bike lock and a blanket in my basket, I couldn’t make the sharp turn onto the path. I wiped out on the sand and fell landing on my thumb. I could feel the pulsing of a sprain. Still shaky I climbed back on the bike and peddled fast to catch up. I took the lead and wove around two tight curves. With an encouraging tone, he said, “That was so great! You made it around the tight curves.” Big brother words of encouragement after the spill.

We rode on the path for awhile and then parted to run errands and do the activities we each wanted to do at the beach.

In that moment, I felt warm and tingly and happy. I had my big brother~little sister moment. 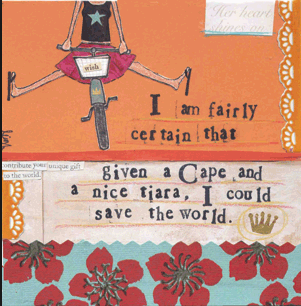